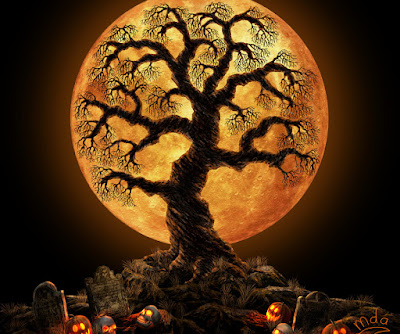 Posted by John L. Steadman at 7:37 AM No comments: 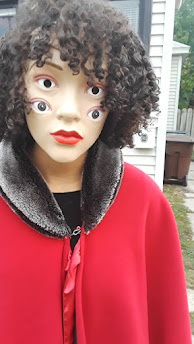 This is my daughter Ligeia, all ready for Halloween night!

Posted by John L. Steadman at 4:18 PM No comments: 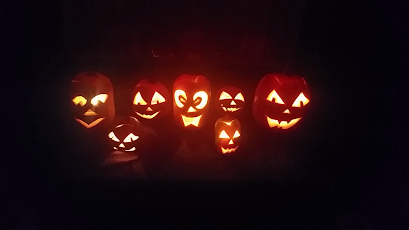 It was hard by the dim  lake of Auber, 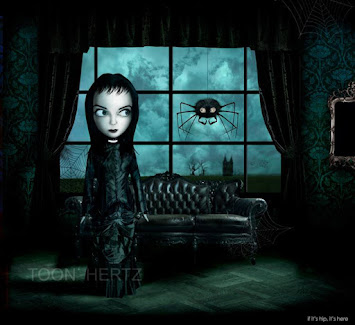 Posted by John L. Steadman at 7:41 AM No comments: 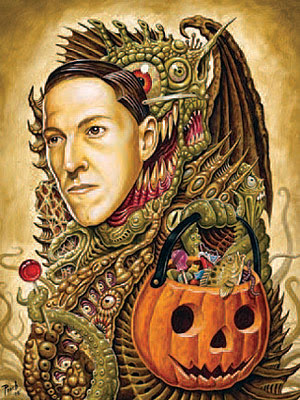 This is the second week of the month of October!

H. P. Lovecraft, as much a patron-saint of autumn as Ray Bradbury, writes in his poem “October”:

Mellow-fac’d, with eyes of faery, wistful clad in tinted leaves,

See the brown October tarry by the golden rows of sheaves;

Oak and acorn in his garland, fruit and wineskin in his hands,

Mystic pilgrim from a far land down the road to farther lands.

Posted by John L. Steadman at 5:28 AM No comments: 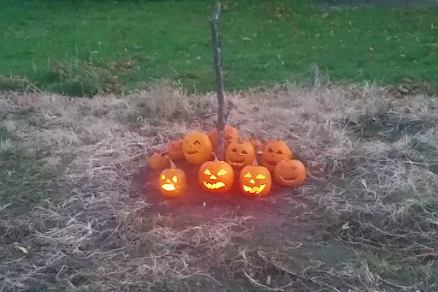 Let’s meditate on the meaning of Halloween during this second week of October.

Halloween began in the ninth & eleventh centuries in Europe as preludes to two church holidays: All Saints Day & All Souls Day.

On these days, the Catholics prayed that the souls of all those who died will pass from death to life.  This was symbolic-  it meant  simply the passage from the “death” of an unproductive, evil existence to the “life” of a productive, creative existence.

So, Dark Friends & Colleagues, do as our ancestors did before us- make a vow to yourselves on this most special All Hallows season to spend your existence on this earth creatively & productively.

And not only during the dark months, but throughout the coming year.

Posted by John L. Steadman at 7:59 AM No comments:

October 1st, the first day of my favourite month!  The air crisp, long shadows in the day with slanting beams of sunshine, the skies orange & ash gray at twilight and Halloween just around the corner! 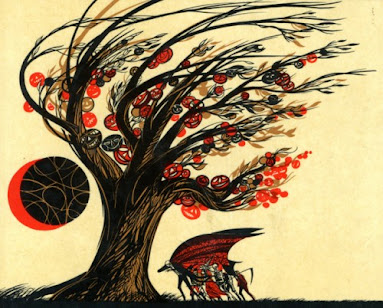 Ray Bradbury, the patron-saint of autumn, writes about Halloween: "Night came out from under each tree and spread ...The wind  nested in each tree, prowled the sidewalks in invisible treads like unseen cats....Anyone could see that the wind was a special wind this night, and the darkness took on a special feel because it was All Hallows Eve.  Everything seemed cut from soft black velvet or gold or orange velvet.  Smoke panted up out of a thousand chimneys like the plumes of funeral parades...."  JLS

Posted by John L. Steadman at 9:44 AM No comments: