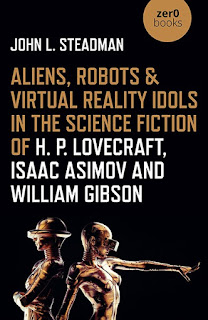 Recently, I  was a guest on Midnight in the Desert, which is broadcast on the Dark Matter Network. The interview ran from 12 PM- 3 AM Eastern Standard Time &  was my longest interview to date. It was also one of my best.  My host Tim Ozman & I covered a broad & delightful range of topics:

*The equivalence of Lovecraft’s views to those of contemporary quantum physics.

*Gibson’s views on virtual reality & how it relates to “real” reality.

*The diminishment of humankind in the 21st century & beyond.

*My own personal experience with the “alien” & what the word “alien” really means.

Please check it out!  It was a fun & speculative romp through the darker recesses of popular culture & cosmic consciousness.